It seemed appropriate to start off the trip with the first place I can remember strapping two planks to my feet and sliding on the snow (I don’t count the plastic kiddie skis that I attempted to use on a cover of fallen cherry blossoms on a small bump in the back yard). After (barely) learning at Seymour when I was… 8 perhaps? I returned for some occasional cheap weekend skiing at about 12. For the last 10 or those 23 years gone by, I’ve been meaning to return, just to see what has changed, and because it is always trippy to see how your younger perception doesn’t match current reality.

As it turned out, things were pretty close to what I remembered. In fact, VERY close. The only things that have changed over 23 years are 2 new buildings. Same 3 old double chairs, with nothing but a couple more coats of paint. In fairness, there was a very new looking magic carpet on the bunny hill replacing the rope tow. Boy would I have loved to have that back in my day. My gloves would never last more than a few pulls, and neither would my weak grip.

Seymour is really small. Like 200 something acres. After spending as many years as I have in Whistler, this size, which seemed plenty in years past, showed. I was worried I wasn’t going to have time to properly explore the whole place since I arrived 2 hours later than I wanted to, but I skied the whole area twice in a couple hours. A quick lunch in their cafeteria, and back for another couple tours. At this point there was still a couple hours of operations to go, but I was done for the day, with my pathetically out of shape first-day legs not even bothered. There wasn’t any deep snow to help give the legs a workout, in fact there wasn’t much snow at all. I assumed the North Shore mountains would have a great started to the season as Whistler did, but no. They were hurting. As it turns out, it was something of a sign of things to come.

One thing I must say I forgot completely about Seymour are the views. Whether you look over the city of Vancouver below, or towards the mountain range to the east, or to the standout Mount Baker to the south, or the backcountry to the north… the views are absolutely beautiful in every direction (wish the photos did them justice). Those plus the trailheads heading into the wonderfully typical west coast forests on the way up the hill, really make me wish I had done some hiking while I lived in Vancouver.

Time was ticking, so back home to Whistler for Christmas, and what was supposed to be a short break for beat legs. And lots of RV setup (that’s another ongoing story to come).

Despite the underwhelming visit, I still say Seymour has its place. I was perfectly happy with it when I was young and still fairly new to the sport, and it was always the least expensive option (though it isn’t the bargain it used to be). Plus park rats (skiiers and snowboarders with little fear of bruises and broken bones who spend all day in the Terrain Park) never get a ton of terrain anyway, so Seymour is as good an option as any for them.

Me? I’m looking forward to bigger things. And they would start just south of the border on the last day of the year, with Baker. 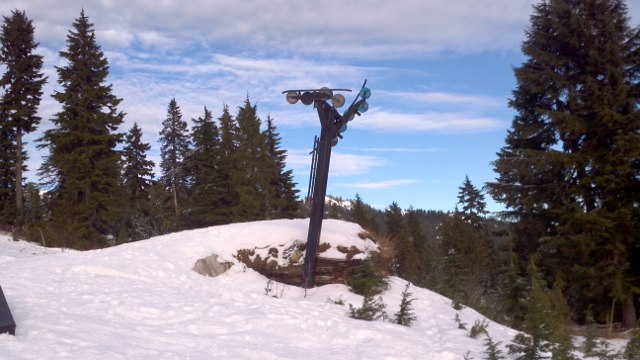 The abandoned fourth chair, unchanged since I last skied Seymour 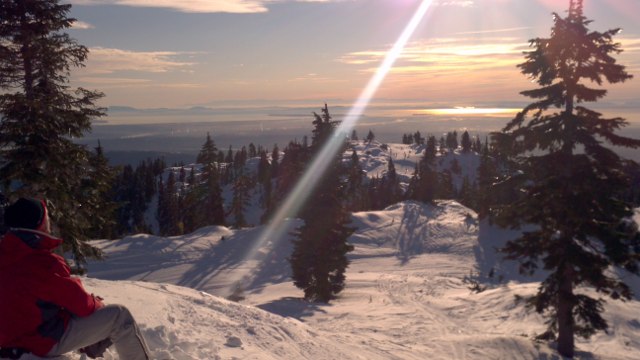 View towards downtown Vancouver, from the top of Brock chair (which used to take people from one side of the PNE grounds to the other, installed the year I last visited Seymour) 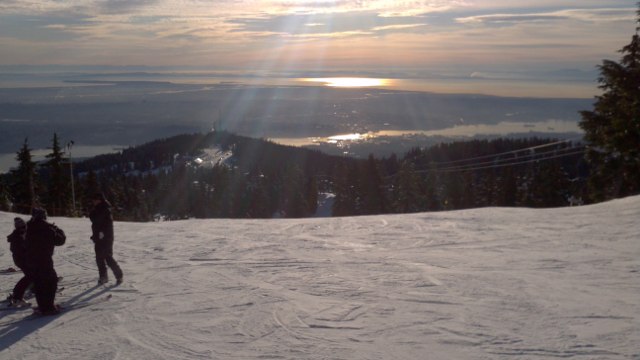 Same view but from the top of Mystery chair.